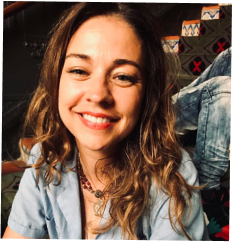 Diane Luby Lane is the founder and executive director of Get Lit – Words Ignite, a California-based arts education nonprofit that has transformed the landscape of teen literacy by empowering new generations in literature, self-expression and performing arts. She founded the Get Lit Players, an award-winning classic teen poetry troupe who have appeared at the White House three times, collaborated with the United Nations, opened for John Legend at The Hollywood Bowl and perform each year for over 50,000 of their peers, igniting schools and communities with art and social consciousness. In 2012 Lane created the annual Classic Slam, the largest youth classic poetry festival in the nation. Lane’s Lit Kit, a standards based, in- school curriculum, has been adopted by schools throughout the U.S. and internationally. She is the author of Words of Women, published by Samuel French, and creator of the one-woman show Deep Sea Diving, (AKA Born Feet First), which she toured with Chicano poet and author Jimmy Santiago Baca. Her most recent book, Get Lit Rising (Simon & Schuster), is a winner of the 2016 Nautilus Award, for books that “carry a potent message” and bring “hope, wisdom, healing, and joy.” She is the founder and CEO of media company Literary Riot through which she co-produced the film Summertime, directed by Carlos López Estrada, written by and starring 27 Get Lit Poets. The film premiered opening night at the 2020 Sundance Film Festival and sold to Good Deed Entertainment.  Lane started as an actress with numerous commercial, TV and film credits. She is a TedX speaker, a graduate of the Annenberg Foundation’s Alchemy + Leadership Program, a Southern California Leadership Network Fellow and served on L.A. Mayor Eric Garcetti’s Poet Laureate Committee. She has been featured in the L.A. Times, CNN, NPR, the T.D. Jakes, among others, and received the James Patterson Page Turner Award for promoting literacy. She is a recipient of the Presidential Lifetime Volunteer Service Award. She attended USF and NYU, and lives in Los Angeles with her husband, two children, two dogs, and two cats.

We are proud to have
Diane Luby Lane
as part of our organization. Please check back soon for a complete bio.