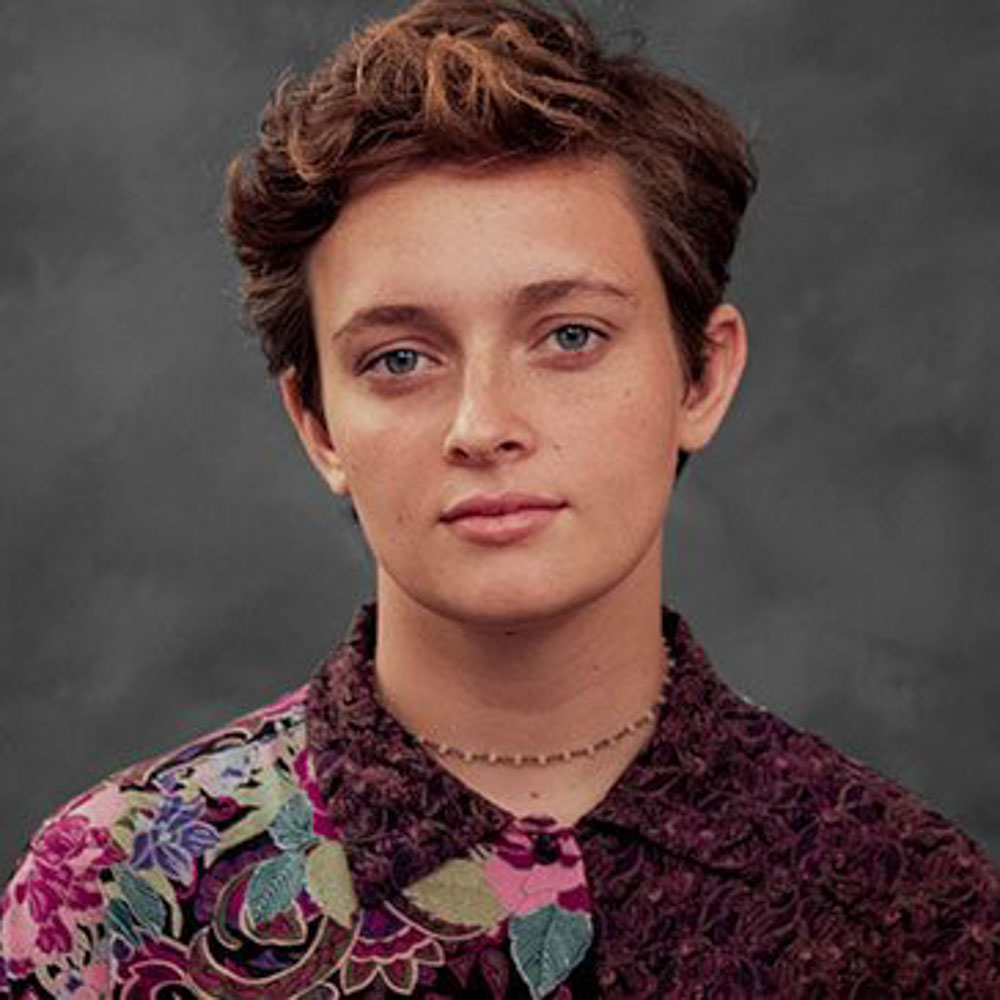 Olympia Micco is a purple-haired activist who has performed at the United Nations, the LA Times of Festival of Books, the Regent theater, and many high schools and colleges across Southern California. They are a Youth Poet Laureate Ambassador and United Nations Peace Ambassador, were a featured speaker at the Teen Vogue panel at INTO ACTION. They also opened up for Emma Gonzales at The March for Our Lives in DC, and helped create posters for march, of which 50,000 were distributed nationwide. After attending Venice High School, they attend The New School in New York studying political science and writing. They were featured in Pamela Aldons show Better Things on FX, and they are also featured in the upcoming 2020 film "Summertime", directed by Carlos Lopez Estrada, who's first feature film "Blindspotting" (starring Daveed Diggs and Rafael Casal) was nominated for the 2018 Sundance Grand Jury Prize, with Estrada nominated by the DGA for Outstanding Directorial Achievement of a First-Time Feature Film Director.

We are proud to have
Olympia Micco
as part of our organization. Please check back soon for a complete bio.