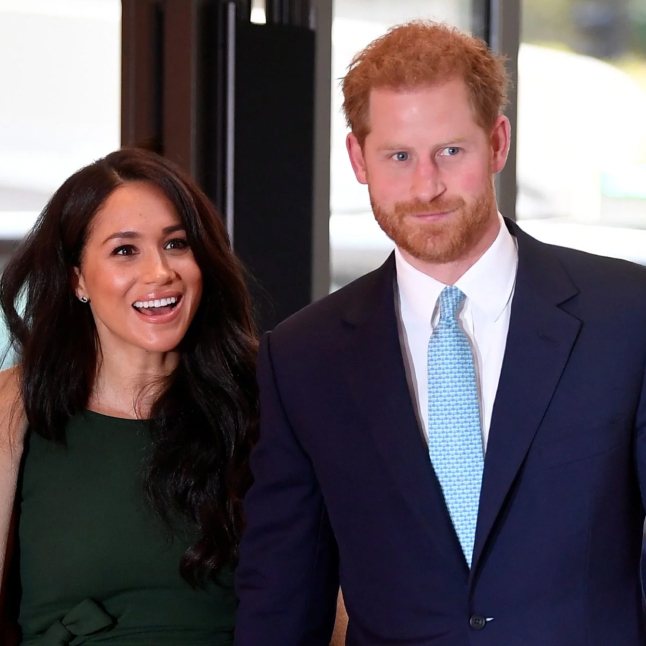 The couple made a surprise appearance in honor of Black History Month on Saturday, joining a virtual poetry class with Get Lit, an organization that promotes literacy and empowers young people through poetry.

“Guess who surprised our poetry class this weekend?! It was the best weekend EVER!” the organization captioned a screenshot of the duo joining their Zoom call — with some shocked reactions from other participants. “Prince Harry and Meghan, The Duke and Duchess of Sussex, were magic and kind and interested in poetry!”

Get Lit said that Meghan shared some of her favorite lines of poems and dubbed the it “most epic experience in Get Lit history!!!”

“The root of them deciding to come is because at some point in their lives, they were moved by a poem,” he said. “And whoever wrote that poem at some point thought to themselves, ‘Does this even matter? Is anyone even listening?’ And they shared it anyway.”

He continued, “Fast forward ripple ripple ripple and these kids get a surprise 45 minute chat with the Prince Harry and Meghan. It was pretty surreal.”

Granger said that the kids were able to share poems and ask Meghan and Harry questions. He even commented that the couple took the time to “actually read and learned the kids bios I’d sent earlier.”

Get Lit was founded in 2006 after Diane Luby Lane and the curriculum has expanded to over 100 schools throughout California as well as being sold to schools around the world.

The organization’s Instagram post included the hashtags #BlackLivesMatter, #BLM and #BlackHistoryMonth. Following the killing of George Floyd, Meghan gave an emotional surprise address during the virtual graduation ceremony of her former school, Immaculate Heart High School in the Los Feliz neighborhood of Los Angeles. In her speech, she told the students, “the only wrong thing to say is to say nothing.”

Meghan and Harry have also been talking to community leaders about how they can both learn more and contribute to the Black Lives Matter movement.