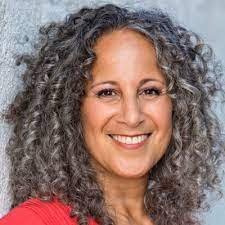 Artivist, actor, director, and producer Gina Belafonte is the Founder and Executive Director of Sankofa.org, a social justice organization that elevates the voices of disenfranchised people, and promotes peace, justice, and equality. A native New Yorker, she has spent her life in the confluence of entertainment and activism. She has spoken at events focusing on issues from dyslexia, to nonviolent direct action, to Black women’s empowerment. Gina was the lead producer of the award-winning documentary “Sing Your Song” that explores the life and legacy of her father Harry Belafonte. She directed the Hip-Hop/spoken word musical “Lyrics From Lockdown” that addresses mistaken identity, mass incarceration, and police brutality. She produced “Many Rivers To Cross,” the largest music and arts festival dedicated to racial and social justice. She has collaborated with the artist-led civic engagement organization For Freedoms on the reimagining of Norman Rockwell’s painting “Four Freedoms,” and on the “50 State Initiative,” a campaign to bring 52 artist-designed billboards bearing thought-provoking messages to all 50 states, Washington, D.C., and Puerto Rico. Gina also sits on the executive boards of 2nd CALL, an organization that saves lives by reducing violence and assisting in personal development, and The Actors' Gang, a Los Angeles based theatre organization presenting plays, an education curriculum, and a prison education program currently in 13 California state prisons.  Gina's love of storytelling brings energy and thoughtfulness to GetLit.

We are proud to have
Gina Belafonte
as part of our organization. Please check back soon for a complete bio.