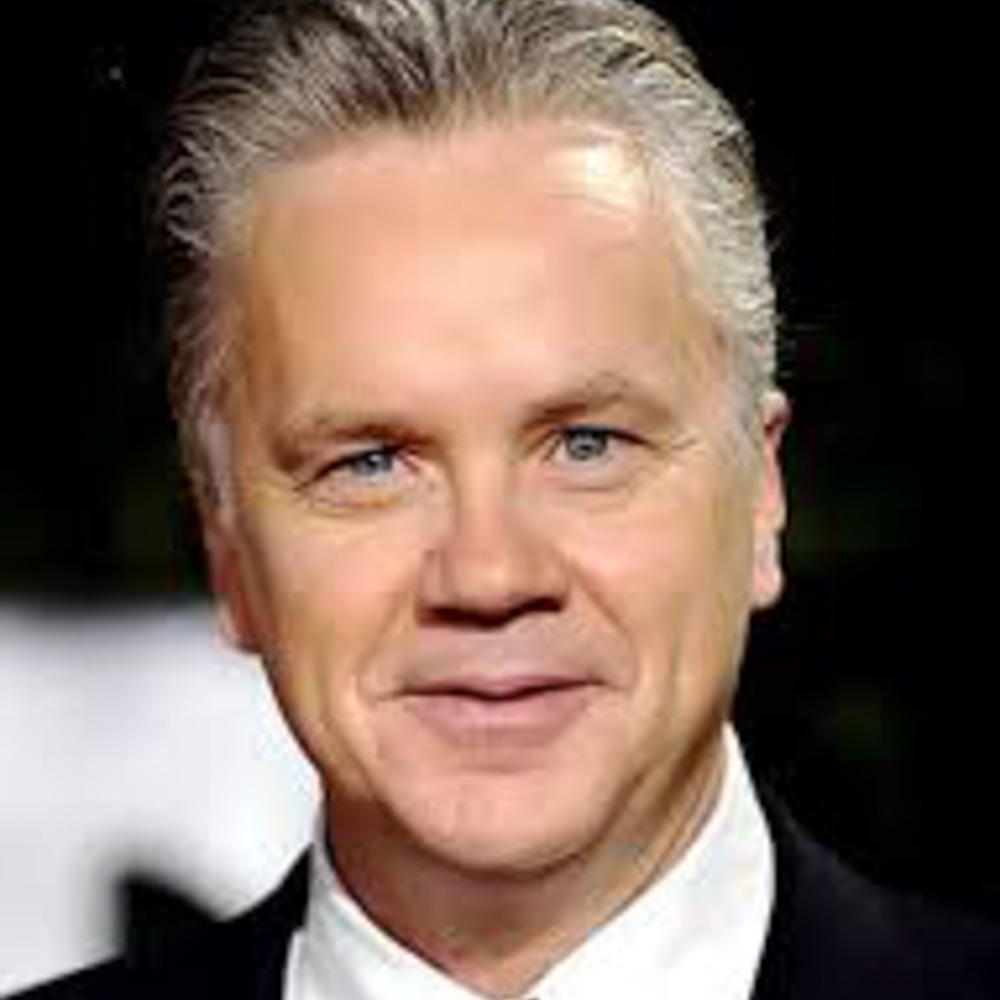 Born October 16, 1958 in West Covina, California and raised in New York City’s Greenwich Village, Tim Robbins has a long list of notable credits as an actor, director, writer and producer of films and theater.

As a film director, Robbins distinguished himself with Cradle Will Rock, which he also wrote and produced, winning the National Board of Review Award for Special Achievement in Filmmaking in the United States and Best Film and Best Director at the Sitges Film Festival in Barcelona.

Dead Man Walking, which he directed, wrote and produced, won multiple awards including the Academy Award for Best Actress, the Humanitas Award, the Christopher Award, and four awards at the Berlin Film Festival, as well as 4 Oscar nominations including Best Director and a Golden Globe nomination for Best Screenplay.

In 2011, Robbins was honored to receive the Officier de L’Ordre des Arts et des Lettres from the government of France.

For the past 35 years Robbins has served as Artistic Director for the Actors’ Gang, a theater company formed in 1982 that has over 80 productions and more than 100 awards to their credit. Robbins has directed many plays at the Actors Gang including Ubu the King, Violence, Carnage, Alagazam, Mephisto, Break the Whip, A Midsummer Nights Dream, 1984, and Harlequino; On to Freedom.

As a playwright he has been produced in New York, London, Paris, Shanghai, Beijing, Chicago, Los Angeles, the Spoleto Festival in Italy and at the Edinburgh Festival in Scotland. In 2016 his most recent play Harlequino: On to Freedom toured in Italy and China. His 2004 play, Embedded, played to sold out audiences for over four months at the Public Theater in New York before playing the Riverside Studios in London and embarking on a National Tour in the U.S.

Robbins directed the Actors Gang in their shockingly relevant and wildly successful adaptation of George Orwell’s 1984 which for the past 10 years has toured to over 40 states and to four continents, most recently at the 2016 Spoleto Festival in Italy.

His production of A Midsummer Nights Dream has toured for the last 5 years throughout the world including performances in South America, Europe, Asia and the United States.

In addition, Robbins stage adaptation of Dead Man Walking has been performed in over 170 universities nationwide. Rights to perform the play are exclusive to educational institutions and in order to obtain the rights for the play, universities must involve two departments other than theater arts to offer courses on the death penalty. Throughout the country and the world for the past twelve years, symposiums, lectures and debates have been held in conjunction with the theatrical productions leading to a substantial increase in the dialogue and shared information surrounding this important issue.

Robbins is also very proud to sponsor educational programs with the Actors Gang that provide arts education to thousands of Elementary, Middle and High School students in underserved communities in the L.A. area. Since 2006 the Actors Gang’s groundbreaking Prison Project has provided theatrical workshops to incarcerated men and women in the California prison system. Recognized by the California Department of Corrections, the U.S. Department of Justice and the California governor and legislature, the program provides effective rehabilitation that significantly reduces recidivism rates for those that participate. In 2014 Robbins and Prison Project director Sabra Williams were instrumental in re-instating 3 million dollars into the California State budget for Arts in Corrections. U.S. Attorney Generals Eric Holder and Loretta Lynch have acknowledged and supported the Actors Gang work and in 2016 Sabra Williams was recognized by the White House for her work with the Prison Project.

Robbins lives in Los Angeles, and is the proud father of 3 mischievous young adults and two perfect grandchildren.

We are proud to have
Tim Robbins
as part of our organization. Please check back soon for a complete bio.