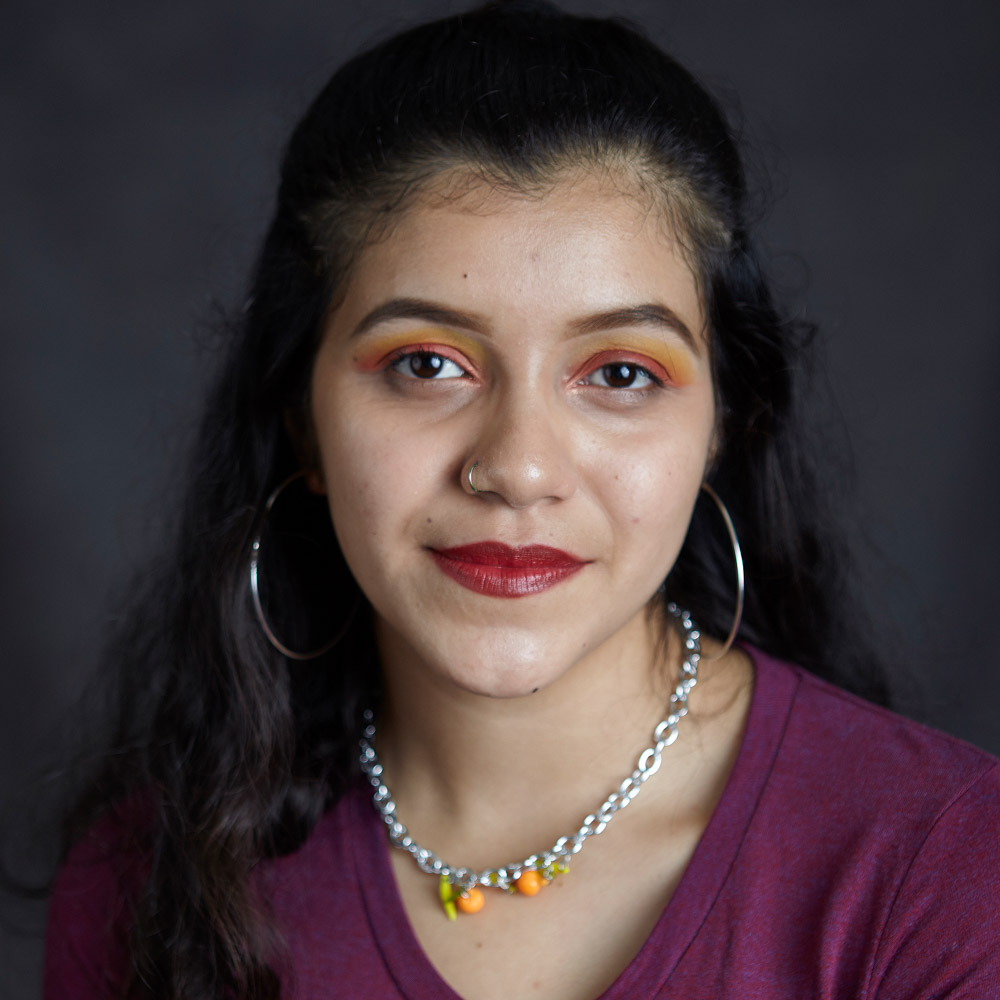 Virginia Villalta is a first generation Salvadorian- Mexican American. V is the youngest in her family and a senior at Venice High. Being the President of her Gay Straight Allaince Club and Captain of her poetry team, V often finds herself writing about her Latinx culture, the LGBTQ+ community and other topics regarding race, economic class, and personal obstacles.

Virginia won the Highest Scoring Poet award and the first ever People’s Choice Award in the 2020 Get Lit Classic Slam. This was Virginia’s second year as poetry captain but the first time her team made it to the Final Stage. Virginia spoke at the 2020 Los Angeles Women’s March, this becoming V’s biggest audience. Virginia’s favorite part of performing for others is being able to make friends with people in the audience after.

Virginia hopes to inspire people by using her art and voice.

She hopes to help others to learn how to advocate for themselves and share their stories. She always believes there is hope, no matter the circumstances. Despite her love for literature and the arts Virginia’s dream lies in medicine and will be attending the University of California Irvine and will be studying Public Health Science this fall.

We are proud to have
Virginia Villalta
as part of our organization. Please check back soon for a complete bio.