No items found.
Product is not available in this quantity.
Contribute
home 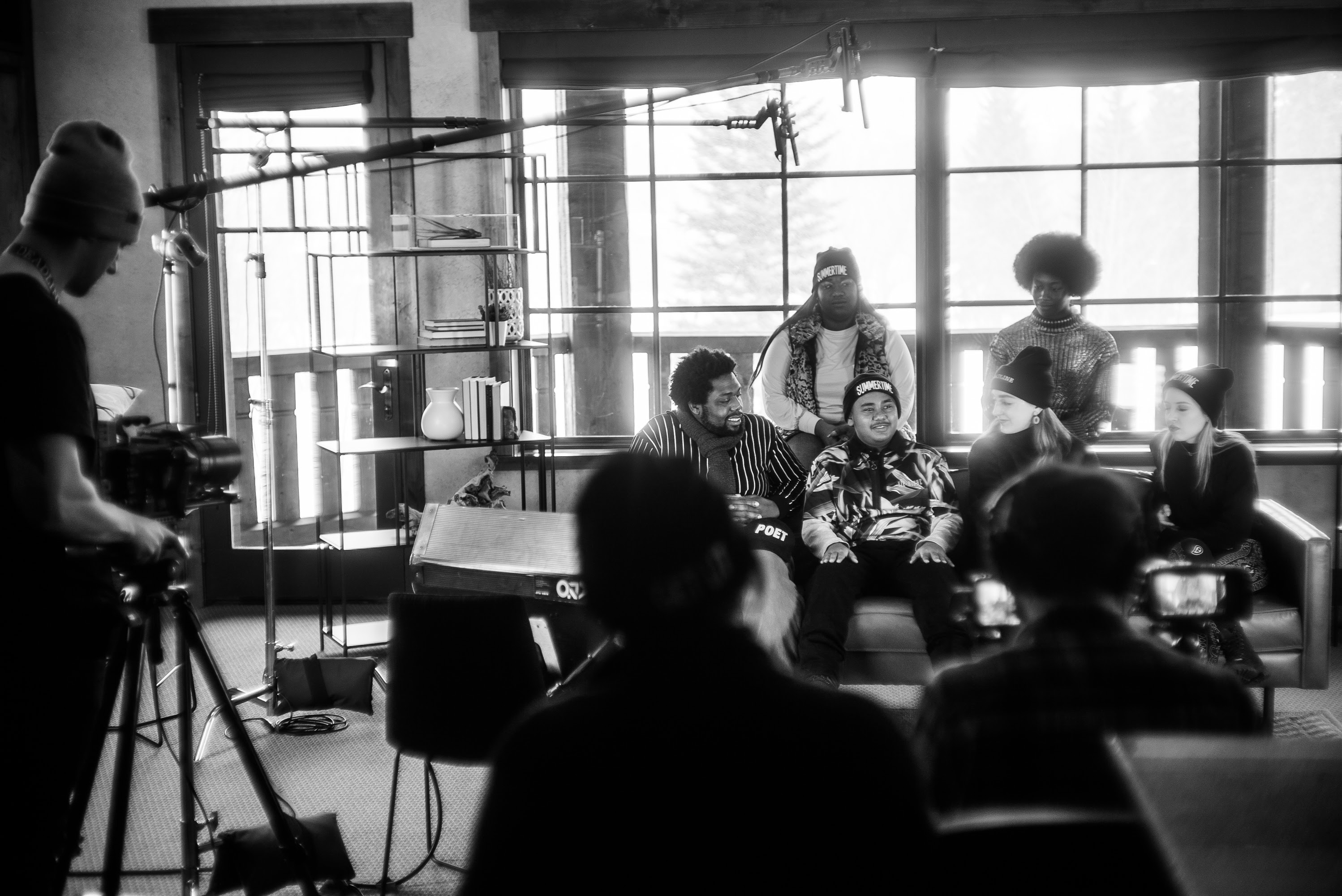 Connect with us on Social Media

A yearlong writers’ workshop series that gives selected young screenwriters who have trained as poets through Get Lit - Words Ignite the opportunity to work intensively on their short film, feature film, podcast/web series, or TV episodic pilot scripts with the support of established writers in an environment that focuses on the art and craft of screenwriting and creative risk-taking.

Pilot I (Intro to Filmmaking)

Through this free 12-week Workshop Program that occurs in a cycle three times a year, filmmakers ages 13-19 will learn to collaborate with other young filmmakers from across Los Angeles, and meet professionals from the creative industry while learning the fundamentals of the art, craft, and business of independent filmmaking.

A free, twice-a-year innovative 12-week intensive film program culminating in the creation of two short films produced from start to finish entirely by the students. Filmmakers will receive training in the advanced Canon C200 camera and audio setup, lighting and gaffing, directing, editing, cinematography, producing, casting, location scouting, and other essential, real-world filmmaking skills. Students must have taken Pilot 1 as a prerequisite for this program.

An industry supported, professional filmmaking fellowship for the best poetic filmmakers of Los Angeles. Through the HFPA Poetic Directors Fellowship Grant, Get Lit will make an open submission to all filmmakers aged 18-25 in the Greater Los Angeles Area to grant two $5,000 grants, and a 4K Digital Cinema Camera package, per year to a five person creative team, (Writer/Director, Producer, Director of Photography, Production Designer) to produce an original short poetic film. Get Lit will provide a 6-month development/mentorship opportunity during the making of the film through our industry partners including the: HFPA, Writers Guild Foundation, NBCUniversal, WME, UTA, Final Draft, Film Independent, and more.

The youth edit lab has two primary goals: Training emerging filmmakers to be literate in post-production workflows and associated software/hardware, and crafting raw footage into professional high-quality video products. The education portion is covered in a drop-in workshop series offered once a week for 12 weeks (Post I) and through office lab hours offered 3 times a week  (Post II) Completing Post I (attending/completing all 12 workshops + skills challenge) + a minimum threshold of Post II office hour attendance, completion of a special project, plus a specialization software skills test, qualifies you for paid Editor status.