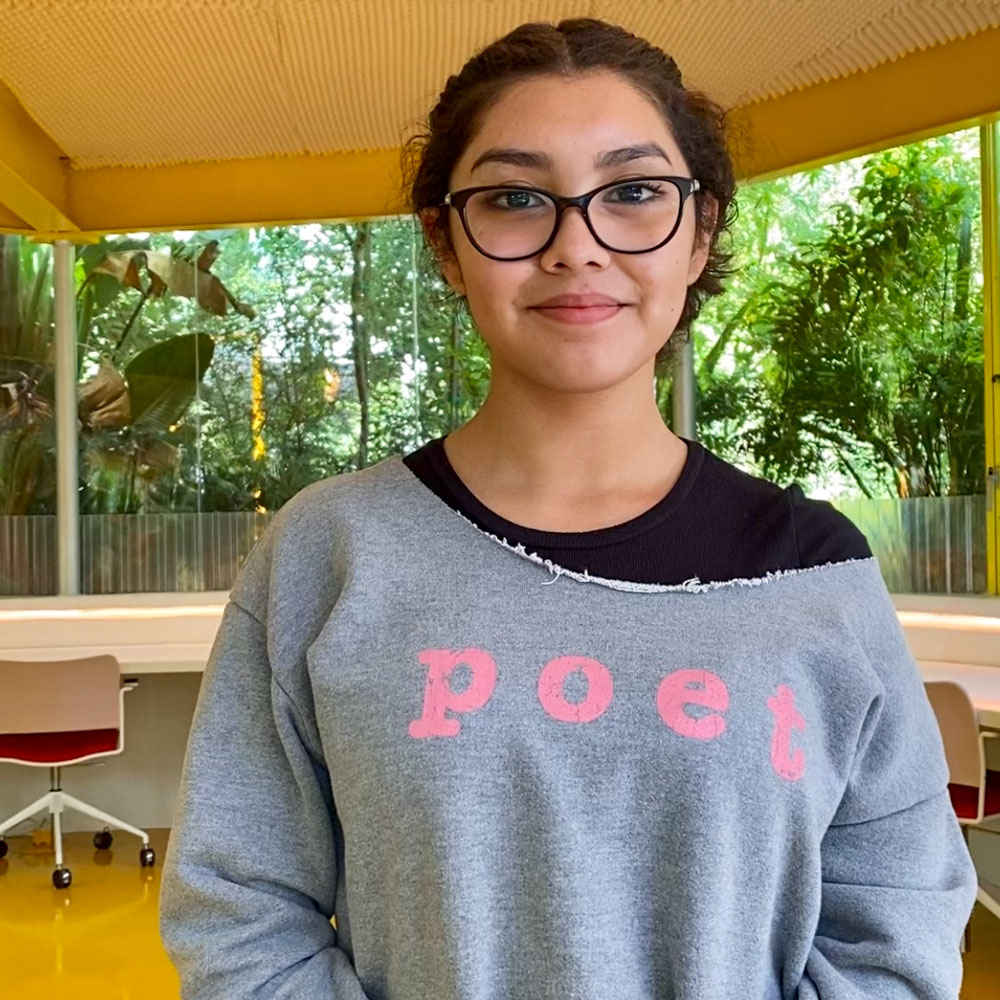 Violeta Esquivel aka 'La Poeta Violeta' is a 14 year old LatinX spoken word artist. At just 10 years old, she became the youngest performer with Get Lit-Words Ignite; performing classic and original poems to promote literacy and language arts in schools. She is a published poet who uses her words to powerfully cope with stressors in her life and advocate for humanity. She speaks on climate change, LatinX-girl power, immigration reform, and gun violence. Most recently her poem on gun violence was one of 3 in the country chosen for publication by CNN. Her most recent performances include opening for Jane Fonda and Joaquin Phoenix at Fire Drill Friday, speaking alongside Mayor Eric Garcetti at a Second Home gathering for the Environment, featuring at the National Teachers Association, the Long Beach City Council, and at A Day of Unreasonable Conversation at the Getty Center in Los Angeles, where John Legend opened for her. She was also a featured artist in an international Puma campaign with Cara Delevingne, recorded in London.

We are proud to have
Violeta Esquivel
as part of our organization. Please check back soon for a complete bio.