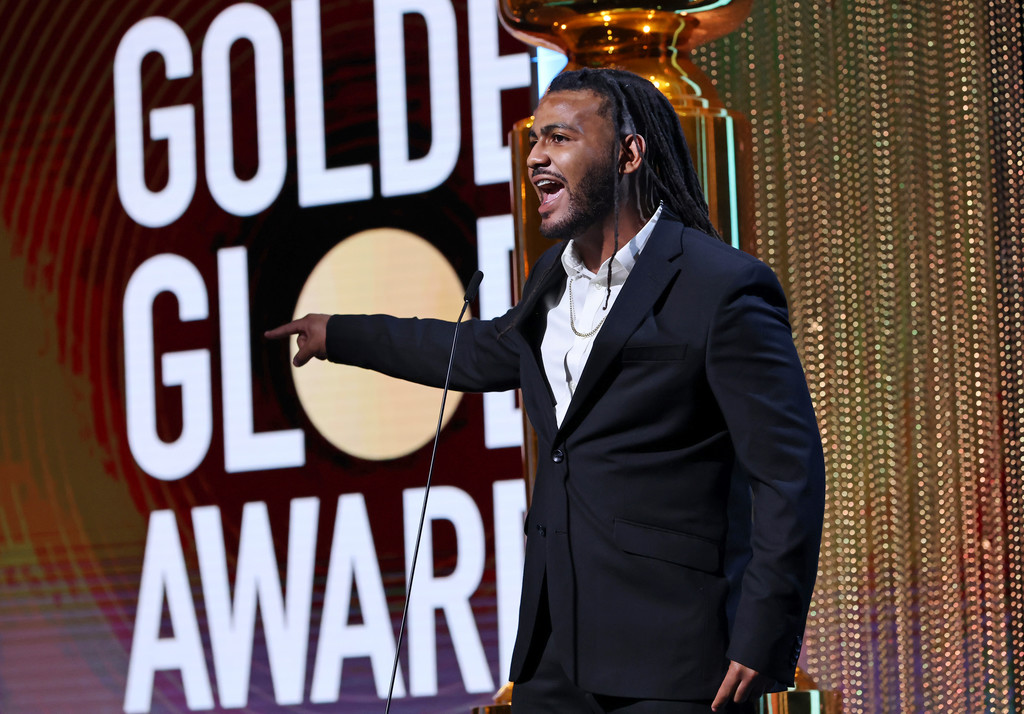 This year, the Hollywood Foreign Press honored Get Lit at the 2021 Golden Globes to highlight the support they have given Get Lit and other nonprofit organizations.
‍
At this event, former Get Lit Player Cyrus Roberts became the first poet to ever write and perform a poem at the Golden Globes.

Get Lit Director of Creative Media Samuel Curtis was also highlighted as a speaker at the event: "Now, more than ever, the world is listening to your words."

At the event, the Hollywood Foreign Press launched the Reimagine Coalition, their collaboration with the NAACP that will create a set of Diversity, Equity, Inclusion, and Accessibility standards to ensure these values are upheld in Hollywood and broadcast media.

Here’s what the Hollywood Foreign Press has to say about Get Lit:

Over the past four years, the Hollywood Foreign Press has been instrumental in supporting Get Lit’s mission of fostering a Poetic New Wave, fueled by diverse talent and the next generation of creators. During tumultuous times of division and disinformation, poets have risen to speak truth to power, transforming the often-complex issues of what it means to be human into a new coherent context of vision understanding and hope. Poetic creation and thought not only has the power to ignite change, but also the opportunity for reflection, healing, and growth. From everyone at Get Lit, and to all the poets around the world, now more than ever, the world is listening to your words.