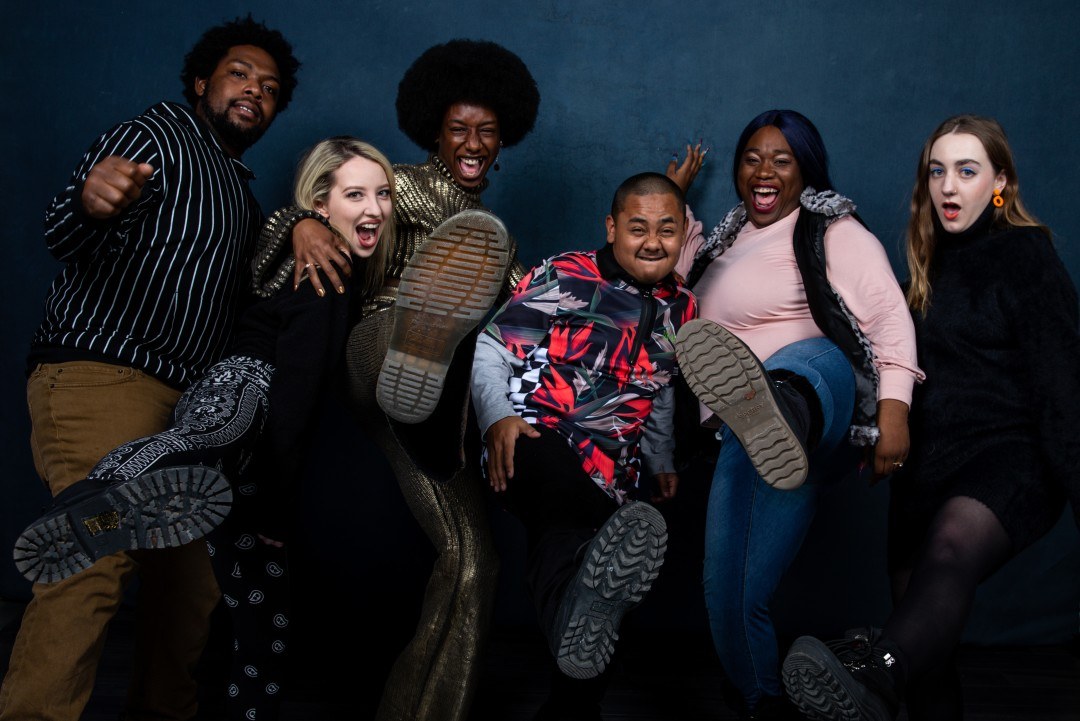 The film “Summertime” follows 27 young poets across LA in a single day. It’s the second feature by director Carlos López Estrada, who made his debut with “Blindspotting” in 2018.

It stars and is written entirely by youth poets from Get Lit, an LA-based nonprofit that teaches spoken word to students.

The genesis for the film began when Estrada attended Get Lit’s poetry showcase.

“He had this idea about combining real life in LA, not the life that we see frequently on TV, with the spoken word from all these unbelievably good poets,” says Laurie Kurnick, an English teacher at Cleveland High School in Reseda who’s active in Get Lit.

Jason Álvarez, who recently graduated from Cleveland High School in Reseda, is among the cast. He plays a graffiti artist who's always being chased away for tagging “City of Jason” on the sides of buildings.

“I didn't know nothing (sic) about poetry,” he says, before taking classes with Kurnick in high school and later at Get Lit. “I thought it was just Shakespeare or Dr. Seuss.”

Now, he says he writes genuine poetry and spoken word for the person in the back of the room who feels like they’re going through tough situations alone. “I want to reach out to them with my stories.”

Jason Álvarez checks out a mural artist painting over his "tags" on a building. Courtesy of Leslie Poliak

Kurnick says kids are often eager and open to writing about their own experiences and channeling their pain through spoken word.

“[Tell] kids that their story, their experience, is legitimate,” she says. “Not only are people interested in hearing it, but we need to hear it. Who the heck else is going to tell that story?”

The film premieres in LA and New York on July 9.

Read/listen to the full feature at https://www.kcrw.com/news/shows/greater-la/golfing-dodgers-poets/summertime-film-get-lit